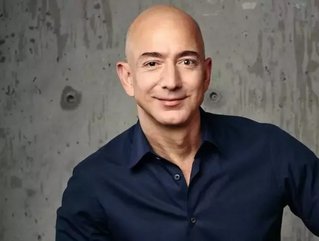 On Thursday, online retail giant Amazon announced the cancellation of its plans to build its second headquarters in Long Island City, a neighborhood of Queens, New York, according to a report by the New York Times. Announced in November 2018, the company’s ‘HQ2’ campus would, the company claims, have brought 25,000 jobs to the Long Island City area and, New York Governor Andrew Cuomo and NYC Mayor Bill de Blasio hoped, diversified the city’s economy, paving the way for an influx of high-skill, high-paying tech jobs.

Amazon, which would have received US$3bn in tax incentives from the New York Government, pulled out of the deal after experiencing ‘unexpected backlash’ from Long Island City politicians and local residents which, according to the New York Times, was made “late [on] Wednesday, after growing increasingly concerned that the backlash in New York showed no sign of abating and was tarnishing its image beyond the city.”

“A number of state and local politicians have made it clear that they oppose our presence and will not work with us to build the type of relationships that are required to go forward,” Amazon said in a statement.

Critics of the New York HQ2 have objected to the use of public subsidies to fund the expansion of a large technology company. Some have pointed to the rising tide of gentrification that follows the arrival of tech giants’ headquarters - Seattle’s current housing crisis being a prime example of an extreme case. Thirdly, as Ron Kim, a member of the New York State Assembly, and Zephyr Teachout, a law professor at Fordham University point out, New York “ thrives on the energy of its neighborhood merchants,” and Amazon is “known for squashing small businesses.”

Still, some have decried the resistance, claiming that the economic stimulus provided by large numbers of tech jobs (which match well with the fact New York has the largest tech labor pool in the US) is necessary for the city’s future growth and survival. Kenneth T. Jackson, professor of history at Columbia University, wrote on Wednesday that, although “it is absurd that any city would agree to such a deal, this is how the game is played. Paying companies to relocate has been the American way since 1936, when Mississippi established the nation’s first state-sponsored economic development plan.” He goes on to write that, in its historical context, the Amazon deal will benefit New York state in the long term.

Amazon still plans to go ahead with the construction of its other HQ2 location in Arlington, Virginia. It is not yet clear whether the HQ2 will be consolidated in the Arlington campus, or if Amazon will reopen its call for proposals from other American cities. Currently, Chicago’ Mayor Rahm Emanuel and  Gov. J.B. Pritzker of Illinois have been the first to reach out publically to Amazon. “Dear, Amazon,” they wrote in a joint letter, reported by Crain’s Chicago Business, “We want to assure you that Chicago, our surrounding communities and the state of Illinois remain ready to welcome HQ2 to our city, and to ensure a smooth and successful transition and launch.”