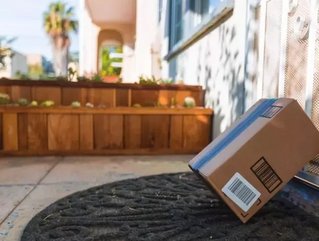 Amazon’s share price gained 2% on 4 September, reaching $2050.27 per share and becoming the second company to reach a valuation of over US$1trn
As Business Insider reported, the share value multiplied by the current number of shares outstanding, 487,741,189, pushes Amazon’s value over the milestone which Apple famously reached less than a month ago.
“For context, the entire US stock market – the sum of all publicly traded American companies including Amazon – hit $30 trillion back in January”, Business Insider added.
“It’s [sic] book value is now greater than that of every stock listed in all but 13 countries, including those of Taiwan, Spain, and Italy, according to CIA’s World Factbook”.
Financial Times noted that the valuation marks the result of “an extraordinary surge that has seen the ecommerce group’s stock more than double in 12 months”.
July saw Amazon’s first quarterly net income exceed $2bn.
See More:
Microsoft redesigns Skype interface to increase competitivity
Pfizer says costs of preparing for Brexit could reach US$100mn
Wire brings secure collaboration to North America
While Apple beat Amazon to the trillion milestone, Financial Times commented that Amazon’s meteoric rise instead breaks the record for pace:
“While Apple was first to $1tn last month, Amazon’s rise is record-breaking in its own right. The iPhone maker’s relatively steady climb contrasts with Amazon’s vertiginous rally, adding some $520bn in equity value in the last year alone”.
Amazon employs over 500,000 people, and is currently looking to build a second headquarters in addition to its base in downtown Seattle.
AmazonSeattleAppletrillion
Share
Share