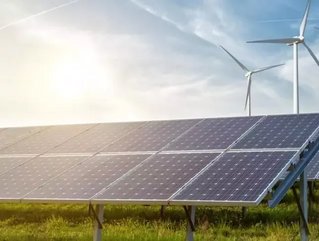 September 2019 saw Amazon make bold commitments to meet the Paris Agreement 10 years early. Business Chief USA takes a look at what it has been up to since.

What is The Climate Pledge?

The climate pledge calls upon those that sign the commitment, to achieve net zero carbon across their entire business by 2040 - 10 years earlier than the Paris Agreement goal of 2050.

In addition to achieving net zero carbon by 2040, Amazon aims to achieve:

Amazon plans to invest in wind and solar power, as well as utilise science based approaches for measuring and reducing carbon emissions. In addition, Amazon plans to redesign its packaging to reduce waste and produce private-label products in responsible ways.

Renewable Projects in the US and UK

In support of The Climate Pledge, Amazon has announced three new renewable energy projects in Scotland, North Carolina and Virginia. Productions are expected to begin in 2021, providing power to its Amazon Web Services data centre.

Located on the Kintyre Peninsula, Scotland, Amazon is set to build the largest corporate wind power purchase agreement (PPA) in the UK to date. When the project is complete, the wind farm will provide 50 MW of renewable capacity and is expected to generate 168,000 MWh of clean energy annually - enough to power 46,000 UK homes.

Situated in Warren County, North Carolina and Prince George County Virginia, Amazon is set to build two new solar projects in the US. Both projects together total 215 MW, with an expected combined generation of 500,997 of energy annually.

Did you know? Amazon has launched 18 utility-scale wind and solar power projects with the capacity to generate over 1,600 MW and deliver over 4.6mn MWh of clean energy annually – enough to power 368,000 homes in the US.