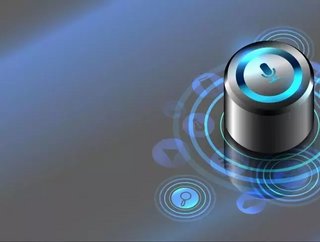 Amazon confirmed on 20 September at an event in its hometown Seattle that it is releasing a host of new Alexa-enabled Echo devices
Along with an upgraded version of its Echo Dot smart speaker, the ecommerce firm is set to launch the all-new Echo Plus, featuring a Zigbee hub to connect other smart household appliances.
The final new home hub device in this lineup, Echo Show, features a 10” HD screen displaying information about connected tech and other Alexa-related features.
Echo Auto, currently available by invitation, will “bring the power of Alexa to your car”.
Companion devices for the Echo hubs include an Echo Wall Clock, the Echo Input which adds Alexa to your existing speaker, the Echo Sub to amplify music playback from Echo devices.
Echo Link connects your home stereo system to a music streaming service, and the Echo Link Amp, a 60W, 2-channel amplifier, can stream music “to active or passive speakers”.
Finally, Amazon also announced that the AmazonBasics Microwave and Amazon Smart Plug are due for release, with the latter being capable of adding smart control to “lights, fans, coffee machines, and more”.
See more:
The new devices come as renewed confirmation of Amazon’s wider intention to create a full smart home ecosystem.
“We want you to have access to Alexa everywhere – in your kitchen, in your living room, in your office, and now in your car or truck”, Tom Taylor, senior vice president of Amazon Alexa, said in the company’s statement.
“Today we’re excited to expand the number of ways that customers can add Alexa to their homes and vehicles, so they can use Alexa to make their lives more convenient and easy”.
“Whether it’s asking for the traffic on your drive home, checking your email in the morning, or simply saying ‘Alexa, good night’ to turn off your lights and lock your door.”
AmazonEchoAlexasmart hub
Share
Share