Amazon hits $1bn worth of stock in public and private companies 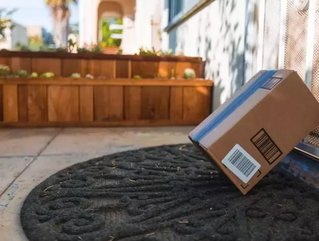 The global e-commerce firm, Amazon, has announced its latest quarterly results has seen the company hit $1bn worth of stock in public and private companies for the first time, CNBC reports.

The figures are thought to have risen 60% from the same period last year and 163% from two years ago.

Amazon is believed to have become more determined with its external investments following the brand has become more profitable in recent years.

Thomas Ruchti, an accounting professor at Carnegie Mellon University, said: “While Amazon hasn't in the past really been focused on equity investments, it seems like it's taking a lot more interest in investing in other companies, both public and private.”

The firm has revealed that $593mn of the $1bn investment is in public company equity and equity warrants which allows the right to acquire company stock in the future.

The remaining $407mn of stock is believed to be from privately held companies.

Over the last few years, Amazon has announced investments with two other public companies, Plug Power and Air Transport Services Group, with the investments thought to be worth approximately $400mn.