Amazon slashes shipping fees to compete with other online marketplaces 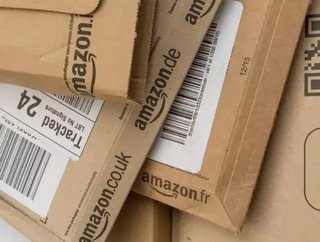 Amazon is threatening other online marketplaces - such as Alibaba, eBay, and Wish - by cutting the fees it charges Chinese merchants to sell cheap technology and other small items.

These new rates will begin next month. Merchants will pay 67 percent less than the current price to ship three flat, one-ounce packages, but make significally less of a saving for larger items.

Amazon has been under pressure to compete, thanks to the ePacket program - an agreement between the US Postal Service and China Post - which allows Chinese merchants cheap access to US shoppers on small packages. Even if they sell on Amazon, they can also ship orders themselves through ePacket, thus Amazon earns less money.

This program has been described as unfair, as it means US businesses pay more to ship an item to an American customer than a Chinese merchant pays to post the same item from overseas.

Amazon's new rates are structured around the company's Fulfillment By Amazon Small and Light program, which was introduced in 2015. It allowed the business to offer free shipping on thousands of popular small items, most of which come from third party merchants who offer Amazon a cut of the sale to handle storage, packaging, and delivery. Low delivery costs are essential for profitability, as most of these items cost $10 or less.

According to Bloomberg, Jarrett Streebin, CEO of EasyPost, stated: “Amazon is worried about losing marketplace volume to Alibaba and others since merchants can just sell on there and ship to customers through ePacket."