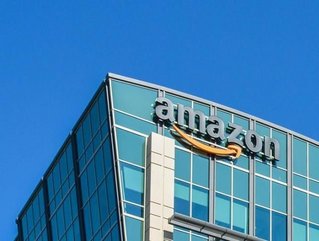 Having climbed 2.6% on Wednesday, and 73% over the course of the past 12 months, Amazon now stands as the world’s third most valuable company.

“The dethroning of Microsoft by Amazon is not actually that surprising when you consider the phenomenal growth that Amazon has experienced, not just over the past decade but even over just the past year,” said Fiona Cincotta, Senior Market Analyst at City Index.

“This impressive sustained growth suggests that not only is the original business in e-commerce right on the money, satisfying growing consumer needs to opt for online shopping. But Amazon is also pushing the boundaries into new areas of business with an impressive success rate.”

One such example is Amazon’s clear and established lead ahead of Microsoft in the cloud computing market, with AWS currently holding a 34% market share compared to Microsoft Azure's 13%, according to Synergy Research Group.

“For Microsoft to have any chance at taking back the throne it will need to see more progress in this key area,” Cincotta continued.

These continual and diverse advancements from Amazon have led to CEO Jeff Bezos becoming the world’s richest man of all time, with both Forbes and Bloomberg valuing his net worth at over $100bn.

However, although this marks a significant milestone for Amazon, it remains some way off those in front of it, with Alphabet valued at $745.1bn and Apple closing in on $1tn, currently standing at $849.2bn.

Microsoft is now the world’s fourth most valuable company followed by Tencent, with the Chinese company having overtaken Facebook back in late November of last year.