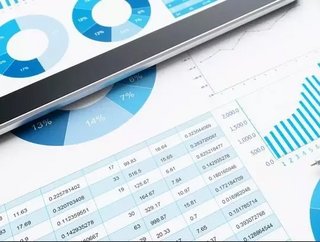 US Department of Health and Human Services, France’s Alternative Energies and Atomic Energy Commission and Germany’s Fraunhofer Society top the Reuters Top 25 Global Innovators ranking of government research institutions, a list that identifies and ranks the publicly funded institutions doing the most to advance science and technology. The rankings were compiled in partnership with Clarivate Analytics, formerly the Intellectual Property & Science business of Thomson Reuters, and are based on proprietary data and analysis of indicators including patent filings and research paper citations.

While they might not get the headlines that Silicon Valley start-ups do, government agencies have long been on the forefront of innovation. They conduct the long-term and expensive R&D that private companies find hard to justify to shareholders. The results of government-funded research are part of everyday life, including fluorescent lights, lasers, the global positioning system and the Internet.

HHS takes top honors, rising from 4th place in 2016, largely due to its increasingly influential patent portfolio, which saw a rise in the number of citations by researchers at other institutions around the world. Moving from first to second place on this year’s list is France's Alternative Energies and Atomic Energy Commission (CEA), which specializes in nuclear and renewable energies, defense and security, as well as information technology and health. And dropping from second to third is Germany’s Fraunhofer Society. It is Europe's largest applied research institution, with 24,000 staff members in 67 institutes and research units in fields such as energy, transportation, communication, healthcare and environment.

The United States is tied with Germany for the most institutions in the top 25, with five each; France and Japan each have four; and Australia, Canada, China, Singapore, South Korea, Spain and the United Kingdom have one. Viewed on a regional basis, European institutions dominate the list, with 11 ranked institutions compared to eight in Asia-Pacific and six in North America.

To compile the ranking, Clarivate Analytics began by identifying more than 600 global organizations (including educational institutions, nonprofit charities, and government-funded institutions) that published the most articles in academic journals. Then they identified the total number of patents filed by each organization and evaluated each candidate on factors including how many patents it filed, how often those applications were granted, how many patents were filed to global patent offices in addition to local authorities, and how often the patents were cited by other patents. Candidates were also evaluated in terms of the number of articles published by researchers in academic journals, how often those papers were cited by patents, and how many articles featured a co-author from industry. Finally, they trimmed the list so that it only included government-run or -funded organizations, and then ranked them based on their performance.