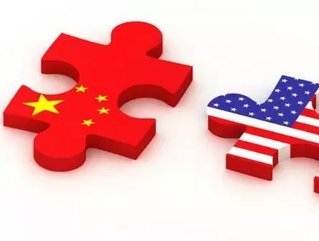 While U.S. companies remain committed to competing in the China market, most are less optimistic about their business prospects in China, with bureaucracy, an unclear regulatory environment and a lack of transparency seen as key hindrances to business in China - on top of rising costs and increasing competition. Indeed, much uncertainty also hangs in the air regarding the once-in-a-decade changeover in the political guard this year.

The good news is that nearly eight out of 10 American companies report they are still “profitable” or “very profitable” in China, according to the 2011–2012 China Business Report released by AmCham Shanghai in February 2012. Highlighting China’s increasingly important role in the global strategies of US businesses, 66 percent reported that their revenue growth in China exceeded that of their operations worldwide.

How to plan with the new party?

An event on the horizon to watch is the transition to a new generation of Chinese political leaders, foreseen for the middle of 2012. It is difficult to predict the exact outcome of the transition on businesses, as there is no published political program associated to it. However, a few facts can be gathered to make some forecasts.

First of all, the new generation of leaders was brought up in a very different context compared to the current one. Having been raised during the Cultural Revolution, the new generation is likely to be protective of Chinese national interests. Secondly, while we saw a stronger development of private businesses in the last few years, the new leadership is likely to seek to empower State Owned Enterprises.

Moreover, the change in party will mean that there will be a test period during which local governments will test the length of the autonomy that the new central authority is ready to give them. As a result, new opportunities might arise locally but with the risk of seeing them cancelled a bit later.

How to be aligned with the legal system?

China has a legal system that comprises both traditional as well as some Western elements. The market reforms spearheaded by Deng Xiaoping led to the integration of some international systems and standards. As a result, two systems coexist within China: the traditional system having a stronger legacy within state owned enterprises and the new one more followed by private businesses. However, in both cases, it is necessary to comply at least partly with both systems.

China has its own legal logic that is extremely different from what most Western companies are used to. First of all, the laws are not easy to come by and are divided according to a complex hierarchical architecture. The highest level of decisions can be based on guidelines that leave local governments some margin for interpretation. As a result, even with the text of the law or guidelines, it is extremely difficult to assess the level of enforcement region by region, and the exact meaning and philosophy of the text.

How to identify the real picture?

Reliable information and clear frameworks continue to be a challenge for many companies. The available resources, differences in development, culture and mentality all contribute to blur the picture and make it difficult for American companies to understand and predict what is seen as necessary or welcomed by local authorities.

Decision makers and businessmen in China retain traditional business approaches based on Confucian values. For this reason, information is often not publicly disclosed but rather provided through a very tight network of friends (guanxi) within which one needs to be accepted to receive accurate information and insights: a process requiring time and skill. Local businessman will only consider establishing relationship with people they know, as opposed to companies.

Furthermore, penetrating deeper into Chinese markets, especially across tier two and three cities, requires more and more sophisticated competitive intelligence and understanding of customer segments. Each of China’s 32 provinces and 5 autonomous regions has an extremely high level of independence, ranging from their own regulations and policies to their consumer preferences. Understanding all the different nuances of operating in this diverse market is critical to success. For example, investigating an industry based on the number of companies is fairly straightforward in most countries but almost impossible in China, due to the sheer size of the country, wide variation in modes of business and lack of comprehensive structure for capturing the real number of registered and un-registered operations serving a given market.

In general, the U.S. competitive intelligence managers all agreed that adapting intelligence practices to local reality is particularly important in China.

Looking ahead to the rest of 2012, U.S. companies will continue to be challenged to stay flexible and open about their assumptions on China, a fluid and booming marketplace in constant change.

Today, we are the preferred partner for organizations seeking to understand, compete and grow in international markets. Our industry expertise and coverage of over 100 countries enables our customers to make better informed decisions worldwide.