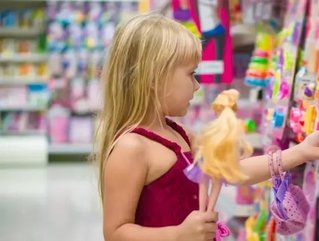 American Girl products will soon be sold in Toys R Us stores, expanding the company's marketing and brand further. It has sold over 150 American Girl books since its conception in 1986, along with over 29 million dolls which continue to inspire young girls, and has donated over $100 million to charity.

With the rise of e-books and digital platforms, we look at how the company has developed, and their future aims to become a worldwide phenomenon, having recently ventured into Latin America and Canadian markets in order to inspire further generations of young girls.

1986 – American Girl first launches under Pleasant Company, which has since become a subsidiary of Mattel.

1992 – 1993 -  The American Girl magazine is launched, aimed at girls from 8-14 years. The magazine contains recipe ideas, advice and activity pieces. The magazine has won several awards and became one of the top 10 most read magazines for girls, with a readership of over 350,000.

1995 – The launch of the Truly Me line allowed girls could create dolls which look like them, alongside an array of different choices which were provided, celebrating diversity and choice.

1995 – Bitty Baby  was launched for girls aged 3-6, incorporating a 15-inch doll that young girls could look after and love.

2001 – The company launches their Girl of the Year line, which is now released annually to ensure the figure chosen is not only relevant but continues to inspire young girls, alongside a selection of outfits accessories and books.

2003 – American Girl releases their Hopscotch Hill School line, aimed at girls aged 4-6. The line has since been discontinued.

2016 –   American girl releases WellieWishers , aimed at girls aged 5 to 7. The line included dolls which wear boots in order to encourage young girls to explore nature, alongside the inclusion of books and accessories.