America’s top states for business in 2017: the five biggest movers 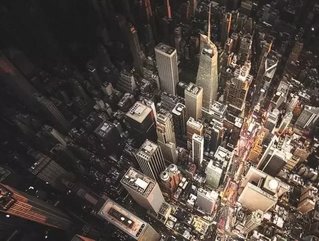 Washington came out on top in CNBC’s recent ranking of the best states for business in the country in 2017 – but which states made the biggest jump compared to last year?

Using input from business and policy experts, official government sources, the CNBC Global CFO Council, YPO and the states themselves, the study scored each state on 66 metrics across 10 categories of competitiveness.

Massachusetts - up 10
Massachusetts leapt joint furthest on this year’s ranking, moving from 20th place to 10th due to leading performances in two areas.

It maintained its number one spot from 2016 in the Education category and this time also came out on top in Technology & Innovation.

The Eastern state achieved three other top ten spots in the Access to Capital, Quality of Life and Workforce categories.

Pennsylvania - up 10
Pennsylvania jumped from 33rd place to 23rd in the table after achieving a strong base of business capital.

Its highest-ranking category was Access to Capital, where it tied fifth with Illinois.

Top ten ranks were achieved in Education and Technology & Innovation but Infrastructure (38th) is where the state is still falling behind.

Tennessee - up 9
Known as the ‘Volunteer State’, Tennessee moved nine places from 18th to 9th in the 2017 rankings.

Despite not achieving a top rank in any category, it scored in the top ten in five areas: Infrastructure (2), Business Friendliness (4), Economy (5), Cost of Doing Business (6) and Cost of Living (7).

Its weakest category was Quality of Life, where it ranked in 42nd place.

Its key areas of achievement were in Infrastructure and Cost of Living (both 11), while also scoring well in Education, Cost of Doing Business and Economy.

The main area of concern for Missouri remains Quality of Life, where it ranked fourth last in 46th place.

New Hampshire - up 8
New Hampshire is the kindest state to business having followed up its table-topping rank in that category from 2016.

Overall, the Granite State moved eight places from 26th to 18th on the back of top ten finishes in Quality of Life (6) and Education (8).

Business infrastructure is still hugely lacking, however, after a rank of 49th in that category.