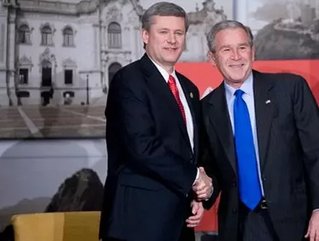 Amnesty International announced today its promotion of arrest, prosecution or extradition of former US President George W Bush by Canadian authorities. This announcement comes just ahead of the former President’s anticipated visit to Canada on October 20th.

“Canada is required by its international obligations to arrest and prosecute former President Bush given his responsibility for crimes under international law including torture,” said Susan Lee, Americas Director at Amnesty International. “As the US authorities have, so far, failed to bring former President Bush to justice, the international community must step in.  A failure by Canada to take action during his visit would violate the UN Convention against Torture and demonstrate contempt for fundamental human rights.”

A memorandum of the substantial human rights violations case Amnesty International has on former President Bush was submitted to Canadian authorities on September 21st. Amnesty believes George W Bush should be held accountable legally for the violations that took place from 2002 – 2009 in the CIA’s secret detention program. The alleged violations that Amnesty feels the former President has legal responsibility for include 'torture and other cruel, inhuman and degrading-treatment and enforced disappearances.'”

During this period, President George W Bush authorized the use of “enhanced interrogation techniques” on detainees, including “waterboarding,” sleep deprivation, and detainment in painful positions for many hours. President Bush has since admitted his giving authorization in respect to waterboarding.

The techniques used on Zayn al Abidin Muhammed Husayn and Khalid Sheikh Mohammed during their detention in 2002 and 2003 include a combined subjection to at least 266 instances of waterboarding, are an example.

Amnesty International’s memorandum also references further evidence of torture and other crimes under international law committed against those detained in Guantanamo, Afghanistan and Iraq. 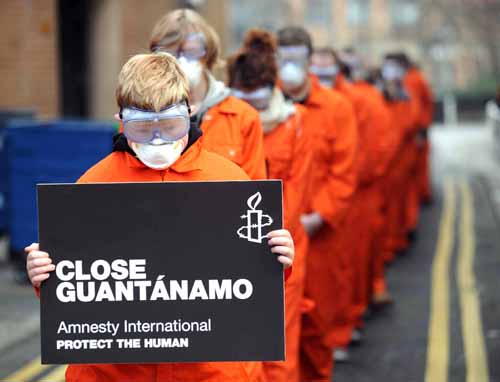 “This is a crucial moment for Canada to demonstrate it is prepared to live up to its commitments and obligations with respect to human rights,” said Susan Lee.  “Canada has been a leader in efforts to strengthen the international justice system and must now demonstrate that when it comes to accountability for human rights violations, no one and no country is above international law."