Analysts Weigh in on T-Mobile&#039;s Future 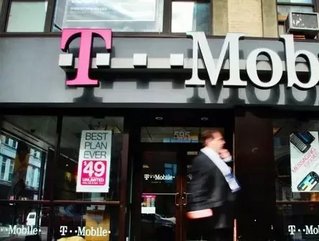 Earlier this week, AT&T announced that it was discontinuing its efforts to acquire T-Mobile USA from Deutsche Telekom—a decision that put an end to nine months of legislation and speculation about what would have potentially been the nation’s largest cellphone service network.

The death of that merger left an interesting question in its wake: what will happen to T-Mobile now?

AT&T, as the nation’s second-place wireless provider, will walk away from the break-up feeling a bit discouraged, but will be able to recover.

Deutsche Telekom is expected to receive a package deal from AT&T worth about $4 billion, consisting of wireless frequencies, cash and a roaming deal to last at least seven years. But even with that break-up deal, T-Mobile’s position and outlook is more uncertain than AT&T’s.

Some analysts see T-Mobile’s glass as half full and think that this could be a chance for Deutsche Telekom to refocus and progress. Others have a more sobering outlook:

Wolfgang Specht, Analyst at WestLB AG: “Stabilization is the first step and then it’s about finding a new partner in the medium term. In the long run, a standalone strategy seems impossible. Everything from here on is only a second-best solution.”

Tim Horan, Analyst at Oppenheimer: “From an industry perspective, post-deal breakup this makes T-Mobile the biggest wildcard in the industry. In our view, Deutsche Telekom has the option of possibly spinning off T-Mobile USA, or it could work to create a joint venture/co-build arrangement with AT&T. We do not envision Deutsche Telekom continuing to make significant investments in T-Mobile USA, though.”

Will Draper, Analyst at Espirito Santo: “While a merger with Sprint is probably the best long-term strategic option in the United States, there would be pain for Deutsche Telekom in the near term, starting with the need to invest in Sprint/T-Mobile USA.”

Jim Breen, Analyst at William Blair: “We believe that T-Mobile will emerge refocused, without the overhang of a pending merger, and with improved network quality via the acquisition of the AT&T spectrum assets. T-Mobile has been aggressively asserting itself in both the postpaid and prepaid wireless segments and will likely continue its competitive push with additional spectrum.”

Robin Bienenstock, Analyst at Sanford C. Bernstein: “We think they will go back to the old fashioned sort of plan—run the business. T-Mobile USA will compete for prepaid customers and hope that Sprint or someone else comes under enough strain they free up more spectrum.”

In a conference call with reporters, Rene Obermann, CEO of Deutsche Telekom, addressed T-Mobile’s outlook but remained mum about specific deals: “In the long term, we need more spectrum and network capacity,” Obermann said. “We are working on that. But we will not speculate about any inorganic steps or deals.”