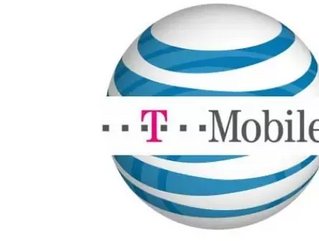 The dispute over the AT&T and T-Mobile merger heated up as the Communication Workers of America (CWA) stepped in today to defend the economic repercussions of the merger. According to an analysis put together by the CWA, the merger would create over 100,000 jobs; a definite plus for the disputed merger.

Meanwhile, Attorney General Eric Holder of the Justice Department's division told lawmakers that the antitrust division will be suing  AT&T, Inc, T-Mobile, and Deutsche Telekom AG in February 2012. Cellular operators Sprint and C-Spire are also suing AT&T in an attempt to stop the merger.

AT&T first offered to buy T-Mobile for $39 billion in March of this year and at first all parties concerned seemed content to consolidate the largest and third largest mobile operators into one cellular provider.

However, in the past few months the merger has faced considerable opposition from the Department of Justice, competing companies such as Sprint, and concerned consumers as the effects of the merger are examined more thoroughly.

The CWA's claim of job creation has been called into question by Sprint, who considers it to be inaccurate and a distraction measure to block the main issue of anti-competition.

"CWA's filing is meant to distract attention away from the actual issue at hand--the Department of Justice has filed suit to block AT&T's proposed takeover of T-Mobile because it believes the takeover of T-Mobile, which CWA has embraced, will lead to higher prices, fewer choices, and lower-quality products for mobile wireless services," a company spokesman said.

Opposition has also been expressed through pseudo commentary such as this YouTube AT&T-T-Mobile merger commercial:

Right now the outlook doesn't look good for the merger but only time will tell if AT&T and T-Mobile will indeed become BFFs.