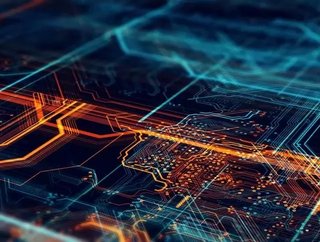 British chipmaker Dialog Semiconductor announced on 11 October that it has entered an agreement with Apple that will see the US tech giant buy a portion of the firm as well as committing to continued product purchases
The relationship between the two firms began with the first iPhone: Dialog’s power-management chips have been used to extend iPhone battery life in each iteration of the device.
Apple will pay Dialog US$300mn “to license its power management technologies, transfer certain of its assets and over 300 employees from Dialog to support chip research and development,” the company’s ad-hoc statement said.
Johny Srouji, Apple’s senior VP of hardware technologies and the person to whom the newly acquired Dialog employees will report, said in a separate Dialog statement:
“Dialog has deep expertise in chip development, and we are thrilled to have this talented group of engineers who’ve long supported our products now working directly for Apple.”
Dialog will also deliver products to Apple over the next three years for an additional $300mn.
See more:
The agreement will see Dialog develop and supply power management systems, audio subsystems, charging and other mixed-signal integrated circuits for Apple, and the firm said that the new contracts will yield revenue in 2019 which will accelerate through 2020 and 2021.
Dialog’s statement said that the transaction is due to complete in the first half of next year, subject to regulatory approval and the fulfilment of other closing conditions.
Jalal Bagherli, Dialog’s CEO, said:
“This transaction reaffirms our long-standing relationship with Apple, and demonstrates the value of the strong business and technologies we have built at Dialog.”
“Going forward, we will have a clear strategic focus, building on our custom and configurable mixed-signal IC expertise and world-class power-efficient design.”
iPhoneexpansionAcquisitionApple
Share
Share