Apple In Big Trouble In China 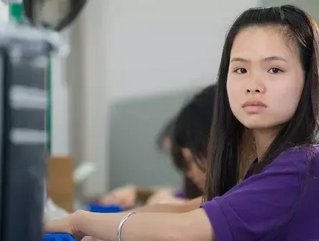 Apple is in hot water in China after a human-rights group recently infiltrated a Chinese factory that is manufacturing the new iPhone. The group found more than a few violations of labor rights, according to a report it released Monday.

"At this moment, in Shanghai, China, workers in Apple's supplier factory Pegatron are monotonously working long overtime hours to turn out a scaled-back, less expensive version of the iPhone," the report details six-day workweeks of 11-hour days with pay of $1.50 an hour, which is less than half the average wage of Shanghai residents.

It was also reported that Pegatron employed labor agencies that charged illegal fees and kept ID cards of workers the company recruited to prevent them from quitting. Other violations include unpaid overtime, underage workers and discrimination against certain ethnic groups. There are a total of 86 labor-rights violations and 36 of those are illegal.

Apple issued a statement in The Wall Street Journal on Sunday, after it published news of the report. Apple says it audited Pegatron facilities 15 times in the past size years, and in June said Pegatron workers had an average 46 hour workweek, also stating it forced Pegatron to stop holding workers ID cards.

"We will investigate these new claims thoroughly, ensure that corrective actions are taken where needed and report any violations of our code of conduct. We will not tolerate deviations from our code," Apple said in its statement.

Pegatron also says it will investigate the findings.