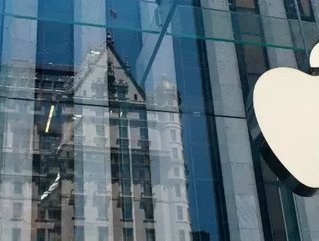 Read the latest edition of the Business Review North America

In Fortune Magazine’s annual list of the largest 500 companies based on revenue, Apple (AAPL) has finally made it to the top ten.  Announced today by Fortune, the maker of the iPad and iPhone shot up to sixth place, reaching the top ten for the first time ever, beating out the likes of General Motors, AT&T, Amazon.com and Costco Wholesale.

The strong showing is a dramatic rise from its 17th - place ranking in 2012. Marred by attacks by competitors and pressure by investors, Apple has continued to grow in success and wealth. In sixth place, Apple is the highest-ranking technology company in a list topped by Walmart (WMT), Exxon Mobil (XOM), Chevron (CVX), Phillip 66 (PSX) and Berkshire Hathaway (BRK.A).

Profits for Apple were number two on the list with $41.7 billion, second only to Exxon Mobile’s $44.9 billion. Apple’s total assets equaled to $176.1 billion, ranking 37th on the list with no other high tech company even in the top 50. Apple’s high ranking on the list comes at a time when the tech giant is experiencing a rare instance of turmoil.  In September the company peaked at more than $700 per share and has since dropped more than 35 percent, currently trading at around $461 per share.

Along with its rise to the top ten, rumors about Apple’s next iPhone are coming on strong. Although the company hasn’t announced anything yet, people are already talking about the next model arriving in 2014, which would likely be called the iPhone 6 despite a possible model arriving this year in the form of iPhone 5S. According to a recent report, Apple might launch a long-rumored iPhone model with a cheaper price in quarterly shipments of only 2.5-3 million units.

According to Fortune, “Apple is bigger than ever… but it’s a high-pressure job, being king of the hill.”

The rise of Apple on Fortune’s 500 list shows the resilience of the tech company and hopefully more positive things to come in 2013.