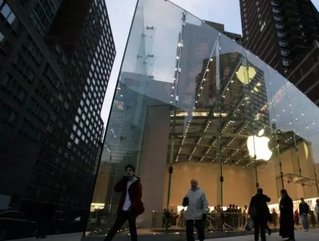 A report released by Apple on Tuesday about its employee diversity shows that the Silicon Valley tech company primarily depends on white and Asian men for its top-paying jobs. The report adds to the perception that many of Silicon Valley’s companies exclude women, blacks and Hispanics.

The findings paint a familiar picture, with the likes of Google, Yahoo, Facebook, Twitter and LinkedIn all presenting similar employee demographics.

Apple, the world's most valuable company, has the largest workforce among that group. A significant chunk of Apple's $575 billion market value has enriched Apple programmers and other technology workers who received stock options to supplement their salaries, which routinely exceed $100,000, reported the Associated Press.

The tech powerhouses have been sharing the demographic data that they compile for the U.S. Equal Employment Opportunity Commission under pressure from the Rev. Jesse Jackson and his Rainbow PUSH coalition. Jackson has been focusing on the tech companies because the industry has become a catalyst for new jobs and wealth as consumers buy more gadgets and spend more time immersed in digital services.

Like its peers, Apple acknowledged its workforce isn't as diverse as it should be. Apple CEO Tim Cook expressed his disappointment in a letter posted alongside the company's data.

“Let me say up front: As CEO, I'm not satisfied with the numbers on this page,” Cook wrote. “They're not new to us, and we've been working hard for quite some time to improve them.”

Jackson said he called Cook Tuesday to congratulate him for “stepping up to the plate” to discuss the data. “It shows his personal commitment and his leadership,” Jackson said in a statement. “I urge him to take further bold steps to make Apple better, and leverage his leadership to make the whole industry better.”

Apple has been an outspoken champion for diversity since Cook succeeded the late Steve Jobs as CEO nearly three years ago. The company has trumpeted the phrase, “Inclusion inspires innovation,” as a rallying cry. Cook has reinforced that message on his Twitter account during the past two months with periodic posts supporting gay rights in the workplace.

As CEO, Cook also promoted Cuban-American Eddy Cue to Apple's executive team and hired a woman, Angela Ahrendts, to oversee its stores. The Cupertino, California-based company also added a second woman, Sue Wagner, to its eight-person board of directors last month. Even with those moves, 72 percent of Apple's leadership is made up of men.

Technology executives generally have traced the scarcity of women, blacks and Hispanics in computer programming and engineering to flaws in the U.S. education system. Apple, Google and others are financing efforts to steer more women and minorities to math and science in high school.