Apple Gets Sued For Overtime 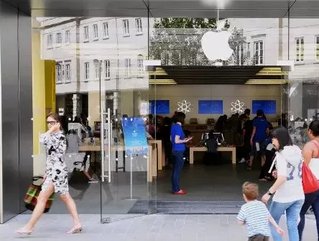 Two former Apple employees are suing the tech giant because they were subjected to daily searches while off-the-clock, arguing they should have been compensated.

The lawsuit filed on July 25 in a San Francisco federal court outlines that the bag searches, that were implemented to prevent theft, are conducted every time an employee leaves the store. This includes meal breaks.

The former employees are seeking unpaid wages, overtime compensation and other penalties related to what Apple claims is a customary practice across showrooms in the U.S. The Two plaintiff’s worked for Apple retail locations for several years, in California, Georgia, and Florida.

Lawsuits from Apple employees are extremely rare, mainly because the company is known to have a loyal workforce behind it. However in 2011, a part time employee in San Francisco tried to form a union to strive for better wages and benefits to fix what he claimed are unfair practices within the company’s showroom.

It's unclear whether the policy extends beyond Apple's locations in the U.S. The company has more 400 stores around the world.

"This work, done primarily for the employer's benefit, is time which Apple hourly employees should be, but are not compensated for, both straight hours and overtime hours worked in excess of 40 hours a week," the lawsuit read.