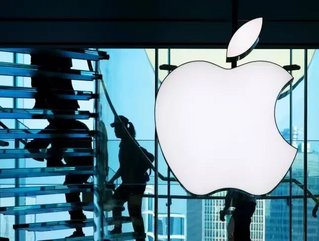 In outlining its plans for the next five years, Apple revealed that it will be investing over $30bn in capital expenditures in the US, creating 20,000 new jobs in the process.

This will include recruitment initiatives at all of Apple’s existing campuses, in addition to a new one that will be constructed, taking the company’s total US employment up from 84,000 to 104,000.

“Apple is a success story that could only have happened in America, and we are proud to build on our long history of support for the US economy,” said Tim Cook, Apple’s CEO.

“We believe deeply in the power of American ingenuity, and we are focusing our investments in areas where we can have a direct impact on job creation and job preparedness. We have a deep sense of responsibility to give back to our country and the people who help make our success possible.”

The new build, like Apple’s existing facilities, will be powered 100% by renewable energy.

Additionally, Apple confirmed that more than $10bn of this capital expenditure would be dedicated to investments in data centers across the US, whilst it would also increase the size of its Advanced Manufacturing Fund from $1bn to $5bn of the back of its initial success.

“Combining new investments and Apple’s current pace of spending with domestic suppliers and manufacturers — an estimated $55 billion for 2018 — Apple’s direct contribution to the US economy will be more than $350 billion over the next five years, not including Apple’s ongoing tax payments, the tax revenues generated from employees’ wages and the sale of Apple products,” the company said.