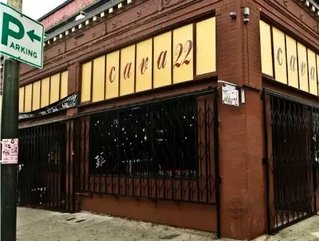 Lose me once, shame on you Apple. Lose me twice, double shame on you iPhone security guards. For the second time this year, Apple is on the hunt for two product security personnel after a prototype for the next-generation iPhone went missing. The prototype was reportedly lost in Cava 22, a tequila bar in San Francisco’s Mission District, making for a strikingly similar sob story regarding the iPhone 4 that went missing earlier this year. The iPhone 4 was later found and sold to a technology magazine and we’re just hoping that images pop-up of what will be the next-gen device.

San Francisco police say they had allowed four of their plainclothes men and women to accompany two Apple employees to the home of resident Sergio Calderón to track down the prototype of the fifth-generation device. (The prototype's internal GPS locator led Apple and the police department to his home in the City.) This time around, Apple and the SFPD are under scrutiny for the home search because Calderón believes there was a misrepresentation of the police officers. To make matters worse, a police spokesman told SFWeekly that there were no reports of the search making for an assumption that Apple employees impersonated themselves as policemen to gain entry.

Sometime later, the SFPD finally confirmed that four plainclothes officers did assist Apple in a visit to Calderón’s home.  PC World writes: “Calderón then clarified that the two people who entered the home didn't specifically say that they were police officers. However, he was under the impression that all six visitors were police, and said he never would have allowed a search if he had known otherwise.”

The police department is also under fire because Calderón’s account of the story alludes to the idea that police used threats to help Apple, a private company, into someone’s home. And what do you know? There are new Apple job listings for New Product Security Managers who will be in charge of “overseeing the protection of, and managing risks to, Apple’s unreleased products and related intellectual property.” What a way to roll in the new iPhone 5!