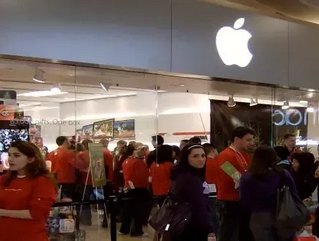 Black Friday was a huge revenue day for many retailers, including Amazon, Walmart, Best Buy and Target, but it proved to be particularly successful for Apple.

An Apple Retail source told 9to5Mac that by 7 pm Friday, Apple had broken all of its previous sale records, bringing in unprecedented sales online and in retail stores.

By offering rare discounts, including the lowest prices on popular items like the iPad, Apple was able to make the most of its legacy of popularity and brand loyalty.

“Apple Retail was forecast and broke Retail sales records all over the country today,” the source told 9to5mac.com. “…the forecast today is more than 4 times what we normally do.”

The source couldn’t reveal the exact sales numbers, but did indicate that sales were strong for the MacBook Air.