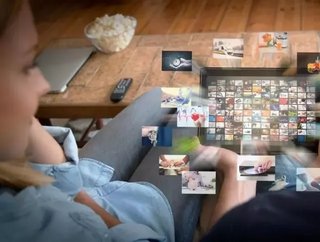 Netflix has dominated the streaming service market since it launched its online platform in 2010. The company first started as a DVD rental and sales service in 1997 but as the value of hardcopy media declined its attention shifted towards the digital sector. This transformation established a global giant in streaming services, at a time when the likes of Spotify (est 2006) and Apple’s podcast platform (est 2005) were creating ripples through the media distribution industry.

Now Apple is set to take to the forefront of the market with its new Apple TV platform, a service that will be free for the first year to any consumer who has purchased Apple products during or after the services release, and US$5.99 after that. Apple anticipates 130mn sales from iPhones alone, this, combined with sales of MacBooks, iPods, iPad or iPhone would see Apple TV ’s membership base soar past Netflix’s 160mn, according to the Wall Street brokerage, Wedbush.

Wedbush said of the launch, “Apple is offering Apple TV free for a year … to help stimulate demand for its trifecta of (new) smartphones,” Wedbush said. “Cook & Co. recognize this is a crucial product cycle.”

The streaming market has become saturated with options for consumers in recent history with NowTV, Hulu and Amazon Prime all making services competing for the top spot. Disney is also releasing Disney Plus on 12 November, which has already claimed four out of the five highest grossing shows Netflix had on offer, after it laid claim to the Marvel comics shows already succeeding on Netflix.

Apple TV has committed a budget of US$2bn to the production of titles aimed to draw in new customers to Apple’s latest platform. With a new show being released each week to keep a steady flow of original titles. This is in comparison to Netflix’s US$15bn dedicated to creating original content, which paid for 700 new shows last year. Although competition could be fierce, Apple have adopted a similar business model to Amazon Prime, where it provides a service independent of the streaming service. In Amazon Prime’s case it is next day delivery and a host of other benefits from their eCommnerce platform. Apple will be able to offer this service as an added perk to anyone considering buying one of the Apple products included in the offer, meaning consumers may not have to choose between the two services to begin with.

What this means for consumers is that there will be more on offer than ever before with some of the barriers between these services being broken down. Customers may have already become invested in shows appearing on the Disney Plus service, or by circumstances find themselves with Amazon Prime and Apple TV memberships over the next year. This diversity of choice will put these streaming services in fierce competition as companies invest billions of dollars to produce quality entertainment.