Apple’s split from Imagination Technologies comes at a price 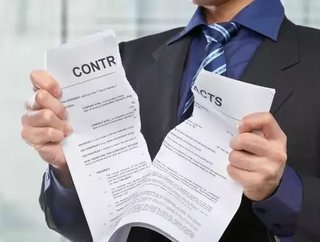 Apple’s influence not only within the technology space, but within the entire world of entrepreneurs and fellow businesses is astronomical. This is only too clear with Imagination Technologies, whose share prices have since nosedived at a spectacular rate since news of Apple’s separation from the company was announced.

Apple will no longer be using Imagination’s technologies within Apple products, such as the graphics processing chips which they supply to Apple, which are utilized in iPhones, iPads and various other products, with the aim to build and develop their own graphics design within Apple devices going forward. The company has been gradually hiring employees from Imagination, such as former COO John Metcalfe, alongside significant individuals behind Imagination’s operations, according to Business Insider.

Apple is responsible for over half of Imagination’s core revenue and is one of the company’s largest shareholders. It remains unclear as to how the company will keep afloat once Apple no longer utilize their products within two years. However, it would interestingly enable Apple to acquire Imagination, which the company looked into last year, but decided to walk away from a potential acquisition, or reach a deal with reducing the royalities Apple provide Imagination through every product it sells with their technology embedded.

Imagination has been vocal in its released statement: "Apple is of a view that it will no longer use the Group's intellectual property in its new products in 15 months to two years’ time, and as such will not be eligible for royalty payments under the current license and royalty agreement."

"Apple has asserted that it has been working on a separate, independent graphics design in order to control its products and will be reducing its future reliance on Imagination's technology."

"Apple has not presented any evidence to substantiate its assertion that it will no longer require Imagination's technology, without violating Imagination's patents, intellectual property and confidential information. This evidence has been requested by Imagination but Apple has declined to provide it.

"Further, Imagination believes that it would be extremely challenging to design a brand new GPU architecture from basics without infringing its intellectual property rights, accordingly Imagination does not accept Apple's assertions.

"Apple's notification has led Imagination to discuss with Apple potential alternative commercial arrangements for the current license and royalty agreement. Imagination has reserved all its rights in respect of Apple's unauthorised use of Imagination's confidential information and Imagination's intellectual property rights."