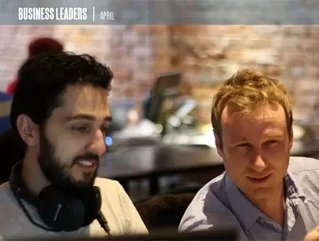 While a lot of Canadian technology companies benefit from the Scientific Research and Experimental Development (SR&ED) tax incentive, not many of these companies know that the Canadian Department of Foreign Affairs and International Trade(DFAIT) and the National Research Council of Canada Industrial Research Assistance Program(NRC IRAP) also operate programs that assist technology companies with funding and guidance in today's competitive global environment.

Appnovation Technologies, a leader in open source technology development services and solutions, has been one of the more fortunate companies to receive significant support from not one, but both of these agencies. Specifically, the assistance programs run by DFAIT and NRC IRAP have made it possible for Appnovation to develop global partnerships, achieve an international client base, create jobs in Canada and around the world and advance leading edge technology products and services.

DFAIT operates a program called the Going Global Innovation (GGI), which provides funding to help Canadian innovators develop and solidify international partnerships for future R&D collaboration to co-develop a technology or product that has the potential for commercialization. Appnovation, recognizing a need in the marketplace, began developing an initiative called Canopy, which in the beginning allowed for the integration of two open source systems, Drupal, an open source content management system (CMS) for creating web and mobile optimized applications, and Alfresco, an open source enterprise content management (ECM) solution utilized for its document management capabilities. Early on in Canopy’s development, Appnovation came to the realization that support from larger, international technology organizations would be critical to the success of this project. The two technology firms identified as potential partners best  able to assist with the initiative were Acquia, the driving force behind Drupal, and Alfresco, the corporate parent of the Alfresco software platform. Benefits from partnering with these organizations were realized not only by being able to leverage Acquia and Alfresco’s technical expertise, but also by significantly speeding up development time, which in turn brought the solution to market much faster. Without the involvement from these partners on the Canopy initiative, it would not have been possible to develop a premier open source integration platform for these two systems. The GGI program made it possible for Appnovation to meet with both the Acquia and Alfresco teams and secure their involvement  in helping to develop the Canopy.

Once these R&D partnerships were established, Appnovation needed to secure financing for the actual in-house development work. Having expanded over the past year with additional federal funding to help Canadian businesses with innovative technology R&D projects, NRC IRAP provided Appnovation the financial support to cover the development costs of the Canopy initiative. Furthermore, the program made an Industry Technology Advisor available who contributed valuable insights and feedback on the product roadmap.

With assistance from both DFAIT and NRC IRAP, Appnovation was able to develop initial versions of the Canopy. So as interest in integrating open source technologies Drupal and Alfresco grew, corporate and government entities had a proven solution that was ready to help meet their needs.

Through the innovation of Canopy and the assistance of the DFIAT and NRC IRAP support and funding, Appnovation has been able to grow revenues by winning multiple government and corporate contracts to implement Canopy, form global technology partnerships to further growth and expansion, continue the further development of an identified technology need, and significantly speed up the “time to market” of the initiative helping Canopy maintain its competitive advantage. Furthermore, Canopy and these Canadian Government programs have helped Appnovation grow as a company, almost doubling it in size (35 employees to nearly 60) and expand its reach, taking it from one office location in Canada to now having an office in both the US and the UK.

In 2012, Appnovation’s Canopy initiative won Alfresco’s “Partner Solution of the Year” award and today has expanded to include other leading open source technologies such as HTML5, MuleSoft, Hadoop and MongoDB.