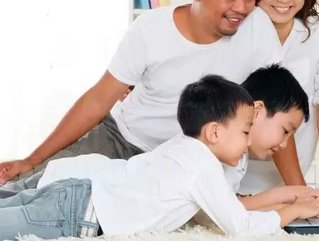 I just read an interesting article by Marina Adshade,  on Canadian Business, It was titled “How to raise an entrepreneur”

She begins by explaining her distaste with the today’s youth and how they are becoming incredibly reluctant to take risks.  Adshade says,

“During the 10 years that I have been teaching, I have seen many changes in the behaviour of students, but the one change that stands out is the increasing unwillingness of students to take chances - my students are becoming risk averse.”

Taking risks in life and in business is a fundamental part of becoming a successful person. Individuals who face challenges head on seem to become more successful than those who look for an alternative.

People who are prepared for possibility that they might be wrong engage in the more entrepreneurial, and innovative, activities that are the catalysts for contemporary growth. When young adults lose their ability to be creative, their future wellbeing is affected and potentially the future wellbeing of Canada.

Adshade explains that one reason the current generation of students is less more reluctant to take risks is that they are growing up in smaller families than that of previous generations. The decline in family sizes over the last 40 years had two significant effects on children according to Adshade,

“The first, and possibly most apparent, is that when family sizes declined from an average of 2.7 children in the early 1970s to 1.7 in the early 1990s, the share of children who were first-born children necessarily, and significantly, increased. First-born children might be more academically ambitious, but they also tend to be more risk averse than those born later in the birth order.”

The second effect that Adshade explains is that there are more single-children families today. Families with only one child increased to forty-five per cent in 2011 from forty per cent in 2001.

A team of researchers, led by Lisa Cameron in the Department of Econometrics at Monash University in Victoria, Australia, tested Chinese adults on a variety of personality traits, including risk aversion, based on their birth order. The subjects were born in Beijing shortly before the implementation of China’s one-child policy (1975 and 1978) or immediately following (1980 and 1983).

The study reveals that children born after the one-child policy was implemented were significantly less trustworthy, less competitive and more risk averse: all traits that suggest they are, generally, less entrepreneurial than those in bigger families.

Adshade exclaims, “This suggests that as first-born and only children begin to make up a greater proportion of Canada’s population, ﬁnding ways of fostering entrepreneurialism will become even more important. Maybe having a brood isn’t strictly necessary; I believe the capacity for creative thinking can be learned by anyone. But it means as parents and as teachers, we have to challenge, not coddle, the next generation.”

How are you encouraging your children to foster their creativity and helping Canada to raise future business leaders?

Read Adshade's article: How to raise an entrepreneur