Are You Participating in the 2015 North Pole Marathon? 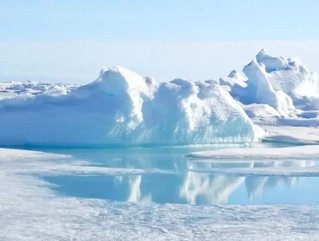 Did you hear the gunshot? The race is on . . . the 2015 North Pole Marathon that is! Taking place today, April 9th, twenty-two countries will be competing, including Canada. In total, there will be forty-five competitors taking part in the UVU event—lace up those sneakers!

Some of the countries that will be represented in the event include Australia, Belgium, Finland, Romania and Canada, as mentioned. Teams or groups can contain up to 60 people; contestants will travel to the Geographic North Pole to compete in the 26 plus mile race.

Participants first met at Spitsbergen, which is the largest island of the Svalbard archipelago. From there, they departed a cargo plane for the Arctic ice floors. Then, they landed at a temporary ice camp and runway, which floated around the North Pole.

As expected, the conditions of this marathon are unlike any other. For example, those in the race will experience extreme sub-zero temperatures. As well, only a few feet of ice will separate runners from the Arctic Ocean that is below. Though there will be constant daylight, obstacles such as snow and ice will still exist.

To protect the runners, armed polar bear guards will be stationed, as well as plenty of medical personnel with expertise in cold weather injuries including frostbite and hypothermia.