Artist Jay Z is set to expand his business ventures 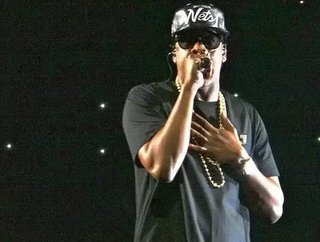 It has recently been announced that Jay Z is set to diversify his business portfolio by diving into venture capital. From investing in tech start-ups to investing in the sporting world, we take a look at some of Jay Z’s investments.

Jay Z is behind record companies Def Jam Recordings, Roc Nation and Roc-a-fella Records, but has also been involved in streaming services. Currently co-owner of music streaming service Tidal, which he acquired for $56 million, the service is still behind other well-known services, such as private Swedish music company Spotify, with an amassed 40 million users and Apple’s global following. Jay Z also acquired Aspiro, which is behind the subscription-based enterprise.

Seeing the potential of Uber early on, in 2011 Jay Z became part of the company’s Series B funding round. Consequently, this has proved lucrative for Jay Z. With the rise of smart phones and apps, he also invested in app JetSmarter, which helps individuals travel via private jet.

Whilst co-owning the 40/40 Club Sports Bar in New York, the company’s operations have since expanded throughout America and Asia. Jay Z is also responsible for creating Roc Nation Sports.

The creation of Rocawear was highly beneficial within Jay Z’s ‘Roc’ line. Although Jay Z sold the rights to the company for $200 million, Jay Z still is at the helm of the marketing side of the business. He has also collaborated with Reebok.

The enteprenur is part of Budweiser Select and supports the development of marketing strategies within a number of media channels, working as co-brand Director. He has also invested $200 million in Armand de Brignac champagne.