Australian animation and visual effects company comes to Canada—Is this good news for the film industry? 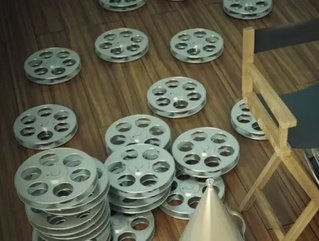 Perhaps you’ve heard of The Lego Movie? Whether you took your child to see the 2014 blockbuster or simply enjoy animated films, the visual effects company behind the movie—Animal Logic—has some news: it’s coming to Canada. But what does this mean for the already thriving film industry in Canada? And should executives be worried or hopeful?

Animal Logic, the Australian studio who’s recently been responsible for the visual effects showcased in Insurgent and Avengers: Age of Ultron will be making the trek from the Land Down Under to Canada—Vancouver, specifically.

With global hits like Happy Feet and Legend of the Guardians: The Owls of Ga’Hoole under their belt, this new move will help the film company in several ways. For starters, Animal Logic will now be closer to Hollywood, where its longtime client, Warner Brothers Pictures is currently stationed. Furthermore, the tax incentives offered by the Canadian government are also reason enough to make the transfer. And lastly and most importantly, as Chief executive and co-found Zareh Nalbandianhas stated, “The first reason for going to Vancouver is fundamentally that there is a very rich talent pool. There’s a lot of product going out at the moment which makes it very attractive to go into the business but makes it very competitive too.”

RECENT TOPIC: How to find good talent and where to find it

While this sounds like a new and great adventure for Animal Logic, how is Vancouver going to be affected. And even more so, what do executives and CEOs in the film industry need to know?

For starters, let’s focus on the positive outcomes that are plausible by this move. As mentioned by Nalbandianhas, there is already a large pool of talent located and working in Vancouver. Animal Logic is a company that has a great success rate. What do you get when you add talent with talent? Hopefully, a rather amazing project.

Film executives in Canada may now be able to tap into a resource they haven’t been able to in the past: animation and visual effects. Industry heads should take note of this opportunity and see it has a chance to not only make many more quality projects, but also potentially increase revenue.

Not to mention, Animal Logic will be hiring 300 new employees—many of which are believed to be selected from the Canada pool. It goes without saying: more jobs in Canada will help the economy overall and not just the film industry.

Of course, looking at this from a negative point of view—it’s competition, plain and simple. By making its ways into Canada, Animal Logic could potentially be taking business away from film companies who are already established in Vancouver and throughout.

Only time will tell if this move will aid or hinder the film industry in Canada. But if all executives involved could learn to play together, then movie magic just may take place!

RECENT TOPIC: How to avoid debt early on and ensure success