By Michael Zakrzewski
May 19, 2020
undefined mins 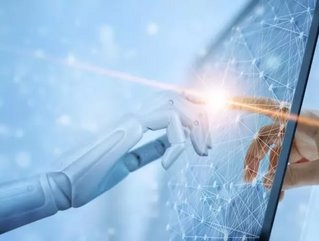 Canada’s manufacturers are both in an enviable and challenging position. They are supported by the nation’s many resources, but struggle with obstacles such as an aging population and infrastructure. This makes competing effectively on the global stage even more difficult. That said, what is helping Canada’s manufacturers progress are advanced automation technologies, innovation investments and Science, Technology, Engineering and Mathematics (STEM) related workforce training.

Much of the focus in Canada’s manufacturing sector has been on the so-called “advanced industries” as defined by the Brookings Institute. These include:  automotive, aerospace, oil and gas extraction and information technology. They are the industries where automation and innovation reign. They also, according to Brookings, generate a disproportionate share of Canada’s output, exports and R&D activity, but still lag behind their U.S. counterparts in most areas. When it comes to employment though, Canada’s largest Census Metropolitan Areas rival the United States’ highest advanced industries’ employment regions such as Silicon Valley’s San Jose.  Canadian regions, specifically, Calgary, Windsor, Kitchener-Waterloo and Saguenay, however, notably take the next four largest shares in North America’s advanced industries employment.

Besides the advanced industries, other sectors are also helping to drive Canada’s manufacturing. These include: food and packaging, electronics and light assembly, biotech, pharmaceuticals and cosmetics, water technology and life sciences. For these and the advanced industries, innovation and automation technologies have been a key factor. This is not lost on the Government of Canada’s leadership which, in February of 2018, rolled out its “Innovation Superclusters Initiative.” Through this initiative, the Government of Canada is investing up to $950 million to drive economic growth and job creation by targeting five innovation superclusters. They are: Ocean, based in the Atlantic Canada region; SCALE, AI (i.e., supply chain, artificial intelligence and robotics), based in Quebec; Advanced Manufacturing, based in Ontario; Protein (i.e., plant proteins), based in the Prairies; and Digital Technology (i.e., big data and digital technologies to support healthcare, forestry and manufacturing), based in British Columbia. The goal is to grow Canada’s economy by $50 billion over the next decade and generate over 50,000 new jobs.

New initiatives notwithstanding, manufacturers in Canada have been making gains by embracing leading-edge technologies and the engineering know-how of prominent global industrial automation and process control solutions manufacturers.  Festo, a company with over 80 years experience producing automation technologies, has been helping Canadian manufacturers with its components and solution-based systems for over 50 years. In addition to being an industry partner of Canada’s Next Generation Manufacturing Supercluster (NGen), Festo is Canada’s market share leader in pneumatics and has collaborated on several notable customer solution innovations that have been developed locally. One such innovation is telescopic tooling for product transfer or automation storage and retrieval systems. Additionally, the company recently unveiled its Motion Control Package, a made-in Canada solution. It employs software function blocks to connect its gantries and other handling systems to leading brands of external control systems with minimum effort; even for manufacturers that lack programming expertise. Along with its pneumatics, Festo provides both electromechanical systems and controls for process and factory automation. To address commercial and technical inquiries, the company has established a Customer Interaction Center, but its contribution to education and training go beyond simply answering questions.

Festo Didactic, the world’s largest industrial trainer, has brought its cyber physical, model Industry 4.0 factory to educational institutions across Canada such as Humber College in Toronto. The role of the Festo Didactic team is to provide holistic education solutions for all areas of technology in factory and process automation. By helping manufacturers gain both theoretical knowledge and practical experience in automation and technology, they can help them drive measurable process improvements that, in turn, lead to higher productivity, cost-containment and profit margins.

In addition to Festo Didactic, the company is working in partnership with Quebec’s Centre de recherché industrielle du Quebec with which it has established the first Canadian cyber physical laboratory to help customers develop and integrate Industry 4.0 solutions into their manufacturing.

The combination of advanced automation technologies, backed by real hands-on training, along with innovation investments, is already showing promise of bolstering Canada’s manufacturing sector and, in turn, its greater contribution to the country’s economic growth.