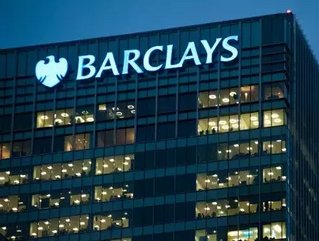 The need for major corporations to retain and cultivate its employees is essential for any good business model to thrive. Corporations like Nike, Google and Amazon all praise their employees in regards to their wellness initiatives, incentivizing projects and promoting overall happiness in the workplace. Catering to the needs of the people who drive the company’s profits is the first tip any business-genius will tell you when choosing to invest in new infrastructure; it is best to invest in your own employees. However, letting the incentives fall into the hands of only your senior level or executive management level staff is an industry-wide “no-no”.

In terms of incentivizing projects and goals for employees, it is an important aspect of motivating work ethic and individual success, but it comes at a cost of team morale and team unity. Those individuals who begin to outshine the others begin to rake in the financial and social benefits (bonuses, flexible hours, preferential treatment) and that can detract from the overall direction and focus of the team. Unfortunately it seems as if Barclays, one of the world’s most renowned banking corporations, took the plan to incentivize its employees to the limit— and is cutting an outstanding amount of jobs as a result.

Tuesday came as a surprise to both the public and private investors, as Barclays made a shocking announcement that it would be cutting jobs from its steadfast bank employees. And we are not talking cuts of hundreds or even 1,000, but 12,000 jobs are to be cut from Barclays’ payroll.

“At Barclays, we believe in paying for performance and paying competitively,” Chief Executive Antony Jenkins said.

In 2013 alone, the bonus pool rose an astounding $210 million pounds; this move has been firmly supported by all of the corresponding Barclays staff, and may possibly be an initiative to cover the string of scandals that company was rumored to be involved in as of late. From this reported information, the question begins to churn in the minds of employees, competitors and the public: who is really running this company after all? Is this money going right back into the pockets of executive-level management?

With share prices dropping and investors getting nervous, the once comfortable share price of Barclays has now dropped to 3.8 percent lower than 265 pence.

Canadian Business reports, “At the same time as [Barclays] ramped up its bonus pool, the bank said between 10,000 and 12,000 jobs will go from a total workforce of 140,000. Around 400 of those jobs will go in the investment division, one of the targets of Jenkins’ plan to transform the bank’s reputation. The job cuts are part of a plan to reduce costs to 16.8 billion pounds by 2015.”

“The news over the job cuts came as the bank revealed that its net loss widened to 642 million pounds ($1.1 billion) in the fourth quarter, from 589 million pounds a year earlier. The results showed that operating expenses increased by 1.1 billion pounds during the period, including 468 million pounds for “Project Transform,” Jenkins’ flagship culture change effort.”

Barclays’ shares are already on their way down, so will the company suffer further from this pocket-lining maneuver by senior level management?