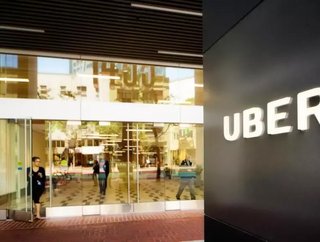 Benchmark Capital has penned an open letter to Uber employees explaining why the firm is suing former CEO Travis Kalanick.

“We know that many of you are asking why Benchmark filed a lawsuit against Travis last week”, the letter said, “perhaps the better question is why we didn’t act sooner.”

The letter was published just four days after the investment firm announced that they were suing Kalanick for fraud and breaching his fiduciary duty to investors.

The lawsuit revolves around three board seats that Kalanick controls - one filled by himself and two empty seats.

The letter alleges that when the CEO search first began, Kalanick agreed to “modify the company’s voting agreement to ensure that the board was composed of independent, diverse, and well-qualified directors.”

Benchmark, an early investor in Uber, says that Kalanick failed to follow through on this agreement and was “undermining” the board’s search for a replacement CEO.

In the letter, Benchmark also claims that it warned Kalanick a month ago that it would sue him if he did not stop meddling in the CEO search.

Travis Kalanick stepped down as CEO on 20 June after the 'Holder Report' scrutinised the culture of sexism and rule-breaking at the ride-hailing company.

Uber has publically faced a string of scandals in 2017 after the company investigated 215 workplace violations including claims of sexual harassment, unprofessional behaviour, bullying, and discrimination.

Benchmark claimed it was necessary for Kalanick to step down.

“We acted out of a deep conviction that it would be better for Uber, its employees, and investors to have a fresh start,” the letter said.

“We believed then, as we believe now, that failing to act would have meant endorsing behaviour that was utterly unacceptable in any company, let alone a company of Uber’s size and importance.”

A spokesperson for Kalanick responded to the Benchmark letter. He said: “Like many shareholders, I am disappointed and baffled by Benchmark’s hostile actions, which clearly are not in the best interests of Uber and its employees on whose behalf they claim to be acting.

"The lawsuit is completely without merit and riddled with lies and false allegations.”