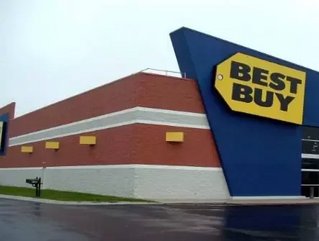 When it rains, it pours they say, a sentiment the struggling consumer electronics retailer Best Buy will attest to as it releases the real reason behind CEO Brian Dunn's resignation. Apparently the real reason for Dunn's resignation was not due to a need for new leadership--which was the reason the company gave out yesterday--but because of an investigation of Dunn due to allegations of personal misconduct.

Yesterday Wall Street and the business world was surprised to hear of the resignation of Dunn, who has been with Best Buy for 28 years, even exercising his CEO rights to recently announce the company's closing of 50 stores and firing of 400 employees.

Best Buy, the world's largest electronics retailer, is having trouble competing with online auctioning sites such as Amazon and also suffers  from lower sales due to savvy price comparison apps on smartphones which enable customers to check prices while wandering the store.

"Certain issues were brought to the board's attention regarding Mr. Dunn's personal conduct, unrelated to the company's operations or financial controls, and an audit committee investigation was initiated. Prior to the completion of the investigation, Mr. Dunn chose to resign," said Claire Koeneman, an external spokeswoman for Best Buy. She would not comment on what the issues were.

"I have enjoyed every one of my 28 years with this company, and I leave it today in position for a strong future. I am proud of my fellow employees and I wish them the best," Dunn said in the Best Buy press release.

"We thank Brian Dunn for his many years of service to the company and wish him well in his next endeavors," said Richard Schulze, Best Buy founder and chairman. "As we move forward, we are very pleased to have a strong leader with Mike Mikan's credentials as interim CEO."

The Economic Outlook for 2012 and Beyond

Growing and Thriving Through Acquisition

General Mills Knocks Amazon Out of  'Most Reputable Company' Spot

However this rainstorm may prove to have a silver lining for Best Buy, as analysts have criticized Dunn's three-year leadership of the company during which it had a 2.2-2.4 percent sales drop.

According to these critics, Dunn was not addressing the company's main weakness of a big cost structure competing against the low-cost structure of Internet retailers like Amazon and Apple. Dunn was also not moving with the consumer trend of online and smartphone shopping.

"They have a big disadvantage to the Internet retailers because they have a big cost structure. So they need a guy who can fix that rather than trying to sell more stuff," said Michael Pachter, an analyst at Wedbush Securities to Reuters.

Anthony Chukumba, an analyst for BB&T told Bloomberg that he advises Best Buy to hire "a strategic thinker" that is not afraid to "ruffle a few feathers." Chukumba also recommends buying Best Buy shares.