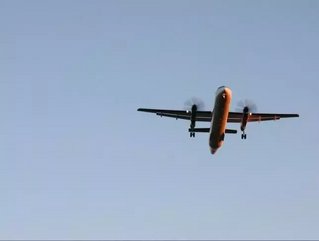 Biman Bangladesh Airlines, flag carrier of Bangladesh, has announced that it plans to buy three commercial airplanes from Bombardier at a total cost of around CA$106mn
The airline provides commercial and cargo flights to Asia and Europe, serving 22 locations both domestic and international.
While the Dhaka Tribune noted that the airline is “running at a loss”, the purchase of three Q400 planes is necessitated by the looming expiry of Biman’s current lease agreement.
The lease, comprising seven aircraft from Biman’s fleet, expires in 2022, and the company plans to deliver its three new Bombardier airliners in March, May, and June 2020.
The Dhaka Tribune added that Biman has two Q400 aircraft in its fleet on a five-year lease, beginning in 2015, from Egypt’s Smart Aviation Company.
Biman’s agreement with Smart Aviation incurs a monthly cost of $168,000.
In its press release announcing the deal with Bombardier, Canadian Commercial Corporation (CCC) said:
“Providing Bangladesh’s national carrier with Q400 aircraft will allow Biman to increase its domestic connectivity and offer high frequency services within Bangladesh and neighbouring countries”.
See more:
“In addition, these aircraft will help Bangladesh increase trade through regional and economic cooperation with South Asia to take advantage of a larger, diverse market and resources”.
The press release also noted that the value of bilateral merchandise trade between Canada and Bangladesh has more than doubled over the past 10 years, reaching almost $2.4bn in 2017.
Regarding the airplanes themselves, François Cognard, sales vice-president of Bombardier Asia Pacific, said, “the Q400’s mix of turboprop economics and jet like performance were the best match for Biman’s mix of short and long-range routes”.
BombardierbangladeshBimanCanadian Commerical Corporation
Share
Share