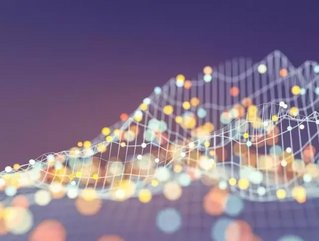 The SCMS platform is based on BlackBerry’s Certicom technology, which provides secure public key infrastructure, and is designed to fulfil the United States Department of Transportation’s recommendation that “ as connected vehicle applications exchange information among vehicles, roadway infrastructure, traffic management centers, and wireless mobile devices, a security system is needed to ensure that users can trust the validity of information received from other systems.” As such, BlackBerry’s service is designed to manage security credentials for an organisation or an entire ecosystem, as well as being scalable to the transnational level.

Blackberry expects its SCMS to unite the private and public sectors, accelerating the development of Smart Cities and Intelligent Transportation Systems.

BlackBerry CEO John Chen said: “The future of autonomous vehicles cannot be realized until intelligent transportation systems are put in place. By removing barriers such as security, privacy, and cost, we believe our SCMS service will help accelerate the many smart city and connected vehicle pilot programs taking place around the world.”

The Canadian Smart Cities Challenge, launched in early 2018, is a nationwide competition “open to communities of all sizes, including municipalities, regional governments and Indigenous communities (First Nations, Métis and Inuit).”

The challenge is aimed at encouraging these communities to improve the lives of their residents through innovation and the adoption of cutting edge technologies. Currently competing for the top prize of CA$50mn (US$37.3mn) are the regions of Waterloo, Ontario; Quebec City, Quebec; the City of Edmonton, Alberta; City of Surrey and City of Vancouver, British Columbia; and Montreal, Quebec.

Navdeep Bains, Minister of Innovation, Science and Economic Development said that “[Canada’s] government is focused on ensuring all Canadians stand to benefit from digital transformation.‎ BlackBerry’s commitment to advancing Smart Cities is yet another step forward for Canadian Innovation.”