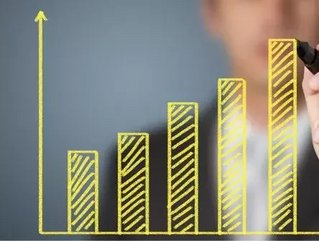 BlackBerry, a world leader in the mobile communications market, today announced that it has entered into an agreement pursuant to which Fairfax Financial Holdings Limited ("Fairfax") and other institutional investors (collectively, the "Purchasers") will invest in BlackBerry through a U.S. $1 billion private placement of convertible debentures. Fairfax has agreed to acquire U.S. $250 million principal amount of the Debentures. The transaction is expected to be completed within the next two weeks.

Upon the closing of the transaction, John S. Chen will be appointed Executive Chair of BlackBerry's Board of Directors and, in that role, will be responsible for the strategic direction, strategic relationships and organizational goals of BlackBerry. Prem Watsa, Chairman and CEO of Fairfax, will be appointed Lead Director and Chair of the Compensation, Nomination and Governance Committee and Thorsten Heins and David Kerr intend to resign from the Board at closing.

Today's announcement marks the conclusion of the review of strategic alternatives previously announced on August 12, 2013.

"Today's announcement represents a significant vote of confidence in BlackBerry and its future by this group of preeminent, long-term investors," said Barbara Stymiest, Chair of BlackBerry's Board. "The BlackBerry Board conducted a thorough review of strategic alternatives and pursued the course of action that it concluded is in the best interests of BlackBerry and its constituents, including its shareholders. This financing provides an immediate cash injection on terms favorable to BlackBerry, enhancing our substantial cash position. Some of the most important customers in the world rely on BlackBerry and we are implementing the changes necessary to strengthen the company and ensure we remain a strong and innovative partner for their needs."

Ms. Stymiest added, "I am also pleased that John Chen, a distinguished and proven leader in the technology industry, has agreed to serve as BlackBerry's Executive Chairman. I look forward to continuing to serve BlackBerry as a member of its Board of Directors and chair of the Board's Audit and Risk Management Committee. On behalf of the Board, I would also like to thank Thorsten for his service to BlackBerry over the past six years. Under his leadership, BlackBerry established a more efficient cost structure, developed new products, saw the adoption of BES 10 and delivered the BlackBerry 10 platform. These are all significant accomplishments. We are grateful for his contributions and wish him well in his future endeavors."

"Fairfax is a long-time supporter, investor and partner to BlackBerry and, with this investment, reinforces its deep commitment to the future success of this company," said Prem Watsa, Chairman and CEO of Fairfax. "I look forward to rejoining the BlackBerry Board and to working with the other directors and management team, under John Chen's leadership, to shape the next stage of BlackBerry's strategy and growth."

"I am pleased to join a company with as much potential as BlackBerry," said Mr. Chen. "BlackBerry is an iconic brand with enormous potential - but it's going to take time, discipline and tough decisions to reclaim our success. I look forward to leading BlackBerry in its turnaround and business model transformation for the benefit of all of its constituencies, including its customers, shareholders and employees."

The closing of the transaction is subject to customary conditions, including approval from the Toronto Stock Exchange.