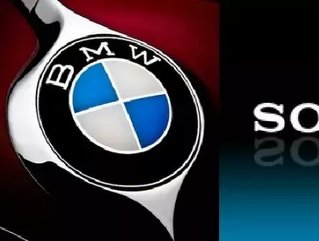 Reputation consultancy firm Reputation Institute has released its third annual Global RepTrak 100—a global reputation study of more than 100,000 consumers to determine how stakeholders perceive companies and how those perceptions influence purchases.

BMW, Sony and the Walt Disney Company were the most victorious brands, snagging the top three spots.

Using data collected in April, Reputation Institute calculated that the ten companies with the best global reputations are:

Interestingly, Google topped the RepTrak list in both 2011 and 2010, but fell to sixth place this year. Microsoft made its debut on the top ten-list this year, replacing Intel.

“In today’s reputation economy, what you stand for matters more than what you produce and sell,” says Reputation Institute’s Executive Partner Kasper Ulf Nielsen.  “People’s willingness to buy, recommend, work for and invest in a company is driven 60 percent by their perceptions of the company and only 40 percent by their perceptions of their products.”

Reputation Institute attributes these companies’ success to an ability to present a story that translates across the globe, pointing out Apple’s exceptional ability to sustain a high ranking and global presence even after suffering the loss of Steve Jobs.

Data shows that only 11 percent of the top 100 companies on the RepTrak list have better reputations abroad than at home, although many companies receive up to 95 percent of revenue from foreign markets.

“It’s because reputation isn’t something that’s easy to export,” says Nicolas Georges Trad, Executive Partner at Reputation Institute. “Your reputation is an emotional connection which is built over time. It’s tied to your history and past actions. Exporting that emotion is proving to be very difficult. But, it’s a recipe for success when competing globally. Today, companies lose as much as 40 percent of recommendations outside their home markets. This has to change if they want to capture market shares globally. To improve sales, companies must invest in reputation.”

The study also showed that, unsurprisingly, a company’s reputation is directly connected to consumers’ desire to recommend it. When asked about the top RepTrak companies, 55 percent of consumers said that they would recommend them to others, while only 22 percent said the same for those companies at the bottom of the list.