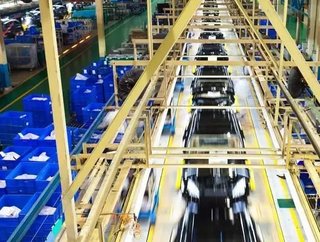 In stark contrast to Ford’s cancellation of its proposed Mexican manufacturing plant, BMW has insisted that it will stay committed to its plan of expanding into San Luis Potosi. President-elect Donald Trump recently railed against car manufacturers building in Mexico, focussing on General Motors. Ford was swift to announced that it has abandoned its own south-of-the-border plans in order to pour money into Michigan.

Christian Stadler, Professor of Strategic Management at Warwick Business School and a researcher in the car industry, offered his expert comment on the subject:

"BMW is right to carry on with its plans in Mexico and there are four good reasons why. First, although Trump has sounded very aggressive in his statements, especially on Twitter, we still do not know if this will translate into policy. When you look at the Ford decision that really fitted in with its wider agenda, it was more efficient to extend production in the US.

"Plus, once Trump looks at the details of the car industry, he will see that 40 per cent of the components of cars manufactured in Mexico are imported from the US, so imposing tariffs on car imports would also hurt the US economy.

"Thirdly, if Trump does become aggressive on trade he has to expect a reaction. For instance BMW manufactures its SUVs in the US, and its biggest market for that car is China, which may counter any tariffs on its exports with tariffs of its own.

"Finally, economically Mexico is just too good to give up on for car manufacturing. It has free trade agreements with 40 countries globally, so even if there is a downturn in the US there are plenty of other markets car companies can facilitate with production in Mexico.

"On average the cost of a worker in Mexico is $8 per hour, while in the US it is $60, so production is so much cheaper in Mexico manufacturers will think twice about moving production from there even if Trump does take action.

"Trump is going to get headlines with his statements, but it might not turn into a policy that will work."