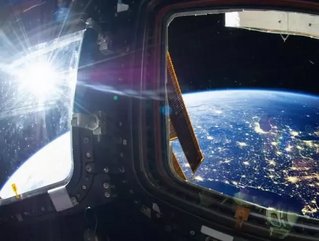 The new partnership aims to develop hypersonic commercial travel as well as offer opportunities for the public to reach space.

Boeing Co. has taken a minority stake in Virgin Galactic, a Virgin branded start-up looking to launch commercial journeys into space next year. The agreement comprises a US$20mmn investment from Boeing.

The partnership is intended to develop the opportunities for space flight opening to the public in the near future, the companies said in a statement on 8 October. Virgin Galactic is also working towards shuttling airline travellers around the world at much higher speeds using hypersonic jets flying above Earth’s atmosphere.

The agreement will allow both companies to develop the market for hypersonic travel, trimming trips across the globe to two hours or less. Elon Musk’s Space Exploration Technologies Corp has also announced plans to compete in the market in the near future.

Boeing’s investment is “a catalyst for broader and deeper collaboration,” said Virgin Galactic chief executive officer George Whitesides. The development of high-speed airline travel is “a big chess board” with numerous engineering, financial and technological issues to tackle, said Whitesides in an interview, adding: “We can really start to dig into some of these questions that need to be put in place.”

The funding has come through Boeing’s HorizonX Ventures.  Speaking of the agreement, Brian Schettler, senior managing director at HorizonX Ventures said: “We’ve gotten the question, ‘Why now, why this timing? Really, we see this great, momentous occasion on both sides” with the companies’ first customer flights to space approaching.

Virgin Galacticannounced back in July its intention to go public in an effort to raise around US$800mn for the Richard Branson founded company.

“This is the beginning of an important collaboration for the future of air and space travel, which are the natural next steps for our human space flight programme,” Branson said in the statement.