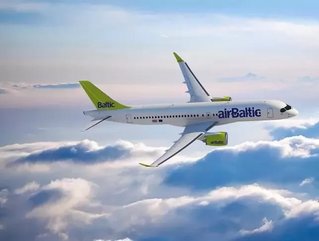 Bombardier Commercial Aircraft has announced that its CS300 aircraft has been awarded Type Certification by Transport Canada.

Delivery of the first CS300 airliner to airBaltic of Latvia is scheduled for the fourth quarter of 2016; the aircraft is currently in production at the C Series production facility in Mirabel, Québec.

The approval follows the CS100 aircraft Type Certification awarded by Transport Canada and validations for that aircraft model by the European Aviation Safety Agency (EASA) and the Federal Aviation Administration (FAA). The CS100 aircraft will enter revenue service with Swiss International Air Lines (SWISS) on July 15, 2016.

“The CS300 aircraft certification process was very straightforward because of the over 99 percent commonality with the CS100 model,” said Robert Dewar, Vice President, C Series Aircraft Program, Bombardier Commercial Aircraft. “The C Series flight test program covered more than 5,000 hours and most of the data obtained covered both models.

“We are delighted that operators will be getting C Series aircraft that have exceeded expectations, in particular on airfield performance,” Mr. Dewar added. "We can now confirm a range improvement in excess of 20 per cent out of hot-and-high airports such as Denver, Mexico City or Lhasa."

“Obtaining the CS300 Type Certification is another validation of the sustained efforts deployed by Bombardier employees and our many valued suppliers,” said François Caza, Vice President, Product Development and Chief Engineer and Head of Bombardier’s Design Approval Organization. “Their contributions have ensured that we have all-new, best-in-class aircraft that will serve operators well for many years to come.”