Bombardier expecting certification for its Global 7500 jet this month 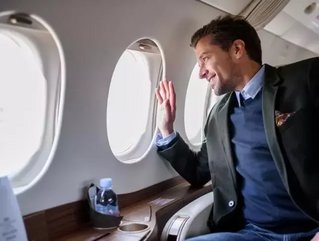 Montreal’s Bombardier Inc is awaiting certification from Canada’s industry regulator, Transport Canada, to begin delivering its Global 7500 jet to its global customers
Reuters’ sources have said that this certification is expected by the end of the month, marking an important milestone for the development of Bombardier’s new business jet.
The Global 7500, formerly the Global 7000, is “on track to enter service this year”, according to Bombardier spokesman Mark Masluch.
The jet will have a range of 7,700 nautical miles, exceeding the distance between such distant cities as Vancouver and Dubai.
Orders for the Global 7500 have reached capacity until 2021, and the jet is crucial to Bombardier’s future success following the sale of its majority stake in the CSeries commercial jetliner program to Airbus.
The Global 7500 will challenge Bombardier’s American rival Gulfstream Aerospace which currently dominates the market for long-range corporate jets.
See more:
Gulfstream received certification for its G500 jet from the Federal Aviation Administration this year, with approval for its G600 plane set to follow shortly.
One of Reuter’s sources said, “So far, there’s a broad expectation that it will happen by the end of the month, but the decision will be taken by Transport Canada”.
Further comment was not available from Bombardier or Transport Canada as the information remains confidential.
BombardierAerospaceManufacturingjetliner
Share
Share