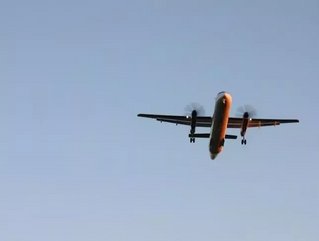 Canadian aerospace manufacturing giant Bombardier announced via a 3 October press release that it intends to open a new service center in Florida’s Miami-Dade County
The new service center, due to be opened in 2020, will be equipped to carry out scheduled and unscheduled maintenance, aircraft on ground support, modifications to aircraft, and avionics installations for Learjet, Global, and Challenger aircraft.
Upon completion, the new service center will push Bombardier’s staff numbers in Florida to almost 300 employees, practically doubling its current employment figures in the state.
Jean-Christophe Gallagher, VP and general manager of Customer Experience at Bombardier, said:
“By doubling our capacity to support more aircraft, and adding new capabilities, our customers will benefit from the peace of mind that comes from our OEM expertise and from reduced downtime.”
See more:
“Thanks to our long-term relationship with the state of Florida, we are thrilled to open our new facility at the Miami-Opa Locka Executive Airport (OPF), where many of our operators are already based.”
The 300,000 square foot facility will join Bombardier’s existing global services and Mobile Response Team network, and the firm has said that it will continue to support Fort Lauderdale customers with a line maintenance station following the opening of the new center.
Miami-Dade County mayor Carlos A. Giménez said:
“This new facility will employ nearly 300 of our residents in high-paying jobs averaging $70,000 annually, while also forging workplace partnerships with our local schools for continuing career opportunities.”
BombardierAerospaceaeronauticalservice center
Share
Share