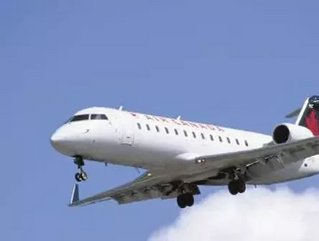 Bombardier Aerospace announced today its decision to reduce the production of its CRJ aircraft. Taking effect January 2012, this decision was made as a direct result of current market demand. Employees in the department will be transferred to others to make sure there’s no impact to Bombardier’s workforce.

“Although several sales campaigns for our CRJ aircraft are making progress and the long-term prospects for the CRJ program remain positive, the reduced pace of orders has made a review of our production plans necessary,” said Guy C. Hachey, President and Chief Operating Officer, Bombardier Aerospace. “For these reasons and after careful consideration, a CRJ aircraft production decrease is warranted in the short term. However, thanks to the support and collaboration of our union representatives, we do not anticipate that the rate reduction will have an impact on our workforce.”

Bombardier announced earlier this year a delivery estimate of 90 commercial aircraft for 2011, an estimate figure that has stayed approximately the same. For 2012, an estimate will be released at the end of the current fiscal year.

Bombardier ensures it will see continued success by increasing focus on customers, engaging employees and building a lean enterprise. As Bombardier manufactures a diversified portfolio of innovative aircraft products, the company provides customers with optimized solutions to meet their objectives.  Revenues from its previous fiscal year, which ended January 31st 2011, came in at $17.7 billion.