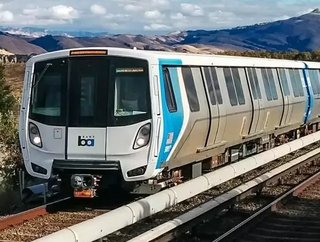 Bombardier Transportation, the rail technology subsidiary of Bombardier, has announced that the first of its new rail cars of its San Francisco Bay Area Rapid Transit District (BART) order have entered service.

Having completed testing, the rail cars received certification from the California Public Utilities Commission, enabling the rail cars for BART’s fleet to be used in public passenger service.

“We are pleased to reach this important milestone in the “Fleet of the Future” program and we are proud to be contributing to the rejuvenation of the fleet running on one of the busiest rail systems in the United States,” said Benoit Brossit, President of Americas, Bombardier Transportation.

The Montreal headquartered firm reports that 20 of the 775 cars that it is set to supply have been delivered from the firm’s US manufacturing site.

“Our customers are going to love these cars,” said BART General Manager Grace Crunican. “Some of the great new features that we are most excited for, and we know our customers will be too, are the three doors on either side for easier boarding, next stop information displays, comfortable seats, air conditioning, and most importantly the spaciousness.

“These cars are more energy efficient and quieter than the old fleet. We are thrilled.”

The company aims to deliver the full 775 cars before the end of 2021, with BART’s entire fleet set to be replaced.