Born in Canada, Can Ted Cruz Really Run for President? 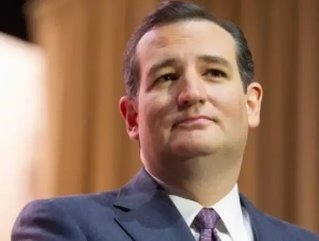 He’s putting his hat into the ring! Yes, Senator Ted Cruz has formally declared that he’s running for President of the United States. There’s just one thing: Cruz was born in Canada. Therefore, an issue has been raised, much like the one back in 2008 regarding John McCain, on whether or not Cruz can actually run as the Republican candidate.

Yes, Ted Cruz is eligible to run for president. The Constitution states that the President of the United States must be a “natural born citizen.” Technically speaking, as an American born in Canada, Cruz is qualified—here’s how it works:

Cruz was and continues to be an American. Though his father, Rafael Cruz, was a Cuban national who later received a green card and became a U.S. citizen in 2005, Cruz’s mother, Eleanor Darragh, has been a U.S. citizen since her birth in Delaware.  Therefore, under American law, Cruz may have been born in Calgary,

but is still considered to be a United States citizen as his mother met all of the appropriate criteria at the time of his birth.

Interestingly enough, at the time of his birth, Cruz also gained Canadian citizenship—he was born in Canada, after all. However, to show his specific stance on the dual citizenship issue, Senator Cruz renounced his Canadian citizenship, further showing his devotion to America and American politics.

One issue has been brought up regarding the 2016 election. While Cruz is considered to be a “natural-born citizen” under the Naturalization Act of 1790, this act was repealed by Congress, ultimately leaving some to believe that Cruz is a citizen, but perhaps not technically a natural-born one.

Regardless, Ted Cruz is eligible to run for president, but the fact remains that someone may and most likely will try to dispute his qualifications.