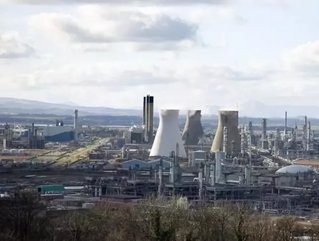 The Canadian oil and gas company, BP Canada, has been given the go ahead to resume drilling work off the coast of Nova Scotia, The Globe and Mail reports.

The operations were stopped after the Atlantic Ocean was discovered to have been littered with thousands of litres of drilling mud following a spillage by BP Canada.

It was thought that the leak was triggered by a loose connection in the mud booster line.

The energy giants has put plans in place to ensure a similar incident doesn’t occur again, with the firm exchanging a part of the mud booster line and fitting a pressure system alarm to help ease concerns.

It was announced on Monday that the Canada-Nova Scotia Offshore Petroleum Board gave permission to continue operations.

The leak caused widespread concern about offshore exploration in Nova Scotia as it was confirmed that 136 cubic metres of synthetic drilling mud was spilt.

Board CEO of Nova Scotia, Stuart Pinks, said: “We have verified that all the responsive steps have been implemented.

“We are satisfied that the responsive actions taken, including the additional monitoring and testing that will be done for the remainder of the project, allows for drilling operations to resume safely.”