Brands which dominate their niche 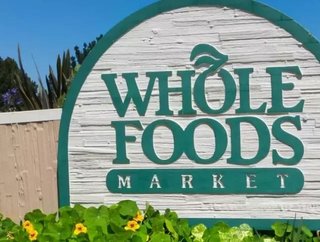 Some brands are fortunate enough to develop a niche which differentiates them from the competition, allowing them to dominate their corner of the market. Here are five brands which have achieved this envious status.

America’s healthiest grocery store has remained so since 1980, only selling food items that contain no artificial colorings, flavors, or preservatives. This niche, alongside savvy marketing and forward-thinking, allowed the company to grow internationally, with around 430 stores in the US, Canada, and UK. The promotion of a greener lifestyle is eternally popular; Whole Foods ceased the use of plastic bags in 2008, and ensures that its stores feel more like a marketplace than an impersonal supermarket.

There’s niche, and there’s focussing on one single item of clothing – and becoming a big name because of it. Based in California, Ties.com has been a market leader for 15 years, priding itself on its personal touch. Deliveries are hand-packaged, and real, human team members answer the telephones. The company creates every type of tie imaginable, plus unique tie bars, pins, racks, socks, and even pocket squares. Shipping within the US is free, making it the go-to tie authority on home soil.

This UK-based company started off as a small project to produce all-natural beauty products, and grew into a cult phenomenon across the pond. Everything it sells is vegetarian and 80 percent of it is vegan; it heavily advertises the fact that it does not test any products on animals, and it has even phased out the use of palm oil. The company is especially well-known for its fun and colourful bath bombs, shower jelly, and heavy perfumes. Despite having existed for over 20 years, it still corners its market and has no serious competitors.

Lehman’s tagline is ‘for a simpler life’, and that’s precisely what the company works towards. The company began creating and selling non-electrical tools and furniture for the Amish community, and has built up a huge following of people looking for simple, rustic solutions for the home. Due to its popularity, Lehman’s now sells across the US via the internet and catalogs. It has also built furniture and other items for many huge Hollywood movies, such as The Gangs of New York and Pirates of The Caribbean: Dead Man’s Chest.

Chewing gum is notoriously difficult to remove from any given surface, and power washing can use up to 8,000 gallons of water per day. The creators of GumBusters came up with the Gumcart, which can remove gum and graffiti from carpet, furniture, cement, and sidewalks using just four-to-eight gallons and no harsh chemicals. It is an eco-friendly options which has become popular with businesses and schools alike, as well as the Long Island Rail Authority and Smithsonian Institute. The Gumcart is used across the US and is the top choice for power cleaning.