Bret Taylor: Could he be Salesforce’s next CEO? 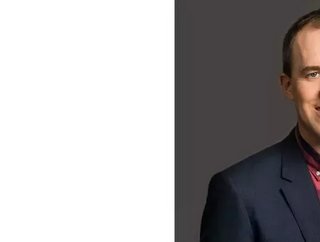 With rumours swirling that Salesforce is preparing COO Bret Taylor for CEO, we find out more about the man behind Facebook’s Like button and Google Ma...

Salesforce.com Inc is grooming its Chief Operating Officer Bret Taylor for a chief executive position to support the U.S. business software company’s co-founder and current CEO Marc Benioff, according to Reuters. The proposed promotion is rumoured to happen in upcoming months.

Rising star within the Salesforce empire

Taylor joined Salesforce four years ago following the company’s acquisition of Quip, a word process app that Taylor had innovated.

Rising quickly within the ranks, Taylor had joined the C-Suite within a year, becoming president and Chief Product Officer, before being promoted to COO in December 2019, overseeing global product vision, engineering, security, marketing, and communications.

Already considered a rising star within Salesforce at this stage, there were rumours back in 2019 that Taylor was being groomed for the big role down the line.

During his four years at Salesforce, he is known to have taken the lead on many of the company’s biggest announcements at Dreamforce, the firm’s massive annual customer conference.

Reputation as an innovator of products

Rather than coming from a sales background, as a software engineer, Taylor’s background is product-focused and he has an impressive track record of creating successful, innovative and iconic technologies and plenty of experiences at startups.

Prior to co-founding Quip, Taylor co-created Google Maps while at Google, and innovated social networking company FriendFeed where he was co-founder and CEO, before the latter being acquired in 2009 by Facebook.

Prior to this, Taylor was at Google for four years, where he led more than 25 successful product launches, including Google Maps, Google Local, Google Web Toolkit, the Google Maps API and Google’s Developer product group. And in 2006, received the highest honour given to a Google Employee, the Founders’ Award, in recognition of his contributions.

Taylor is also a member of Twitter’s board of directors. He graduated from Stanford University in 2003 and lives in the Bay Area of San Francisco.