Brexit: what US reporting companies should do now 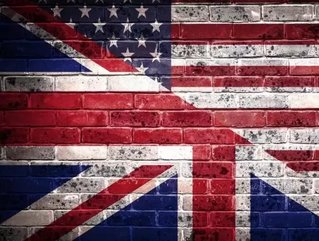 Cam Hoang is a partner at the international law firm Dorsey & Whitney. Hoang helps clients with corporate matters including governance and SEC compliance, equity plans and executive compensation, securities offerings, and mergers and acquisitions. She's broken down what Brexit means for US companies:

"Britain’s vote to exit the European Union, is an alarm here, there and everywhere, of solidifying popular and national anxiety, of a conviction that free trade and globalization are not tides that lift all boats, that these forces have long threatened ways of life in places like the mill towns of Northern England and the Rust Belt in Middle America. While it is too early to gauge the full impact in the midst of the hype, and Britain may ultimately negotiate separate trade agreements with each European Union member, there are more immediate uncertainties that US reporting companies with operations in the United Kingdom and the European Union should be prepared to address in upcoming disclosure.

"As part of its exit, it is likely that Britain will renegotiate trade agreements and immigration and labor policies with other members of the European Union while existing regulations on tariffs, immigration and labor will remain in place. Until the new agreements are in place, US companies with British operations will face the uncertainty of new tariffs and customs rules that impact margins. For those companies with significant labor forces in the United Kingdom, restrictions on the movement of labor may impact operating costs and how workforces are structured. It is unclear how long the process of exiting the European Union would take, though the European Union’s governing treaty effectively limits the process to two years after formal notice is submitted by the departing country to the European Union. It is unclear whether there will be diplomatic or legal challenges to Brexit.

"In terms of disclosure, US reporting companies should consider whether to discuss the impact of these uncertainties in their risk factors, in their forward-looking statements and as part of the material trends and uncertainties covered in their management discussion and analysis."