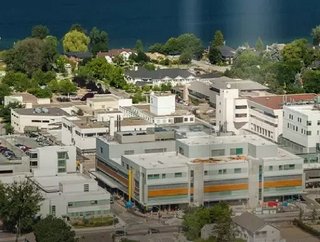 On September 28, 2015, Kelowna General Hospital opened the doors to a brand new Interior Heart and Surgical Centre. This $381 million LEED Gold-designed project was planned to significantly increase the volume and quality of care for patients and their families in British Columbia’s Okanagan region, as well as bolsters its relationship with the University of British Columbia’s Southern Medical Program as a clinical academic campus.

With a capacity of 16 operating rooms—including two rooms dedicated to cardiac surgery—and innovations in patient-centered care, British Columbia’s Interior Health Authority is working to bring that quality care to life at KGH in the months and years to come.

An ongoing effort comes to fruition

“The focus of that was renewal of facilities, but also to transform it into a teaching hospital with cardiac surgery,” says Norma Malanowich, Chief Project Officer & Corporate Director of Capital Planning for Interior Health. “The finishing of the Interior Heart and Surgical Centre building provides a permanent home for cardiac surgery and the operating rooms that were part of that transformation.”

The four-story centre features pre- and post-operative care on its main floor, operating suites plus a cardiac surgery intensive care unit and post-anesthesia recovery room on the second floor, and its medical device reprocessing department on the third floor.

“All of the technology is state-of-the-art,” says Malanowich. Examples of this technology include… To learn more about innovations and improvements at Kelowna General Hospital, check out the whole article in this month’s Business Review USA and Canada.